The following article, makes questionable opinions (response in blue), but conveys the trap that Egypt has fallen into by wanting to remain a part of the global system that will pull anyone down with it…

The Obama administration is close to finalizing a massive $1-billion bailout for the increasingly totalitarian Muslim Brotherhood regime ruling over Egypt, according to U.S. government officials cited in news reports. The move is already drawing fierce criticism from opponents arguing that bailing out the new Islamist ruler, who is already working to bolster Egyptian ties with the communist Chinese dictatorship while becoming increasingly despotic at home, would be a mistake on multiple levels.

US Playing Both Sides in Egypt

US Marines Headed To Egypt

Why are World Business leaders Meeting in South Africa!

What Top Economists Said About Iceland’s Pull Out of the Global Banking System!*

IMF Economists: ‘We Were Wrong.’ Will Someone Please Tell The Press And The Politicians.

Living in a Policed World…

What an IMF Loan Cost Argentina, and How They Got Out of It!*

Greed of the 1% Destroying America

US$ 1.5Trn Siphoned Off Annually By Foreigners

The Outlaws and the Champion…

U.K: From Welfare to Food Banks!

Tomatoes and Shoes for Clinton

Peace be upon you and peace be upon us.
May You be in peace and may we be in peace.
Peace be upon those who returned the greeting and even upon those who did not.
Peace, in the name of the lord of peace, the lord of mankind, the god of eternity.
Peace in which we prospered.
Peace mixed with the earth of this country.
Peace in which we no longer live.
Peace which no longer lives in us.
Peace we keep an eye on while it packs its bags.
To abandon our lands, little by little.
And it is replaced by surrender and submission to an islamisation in which there is no islam.
As if the islam of our grandparents no longer had anything to do with us.
Do you know why peace is abandoning us?
Do you know why darkness is all around us?
To put it simply, because we are a society that fears.
We are a society afraid of difference.
My words will not please some of you, or most of you, or all of you - i know.
But i will say them because i refuse to be one of the herd.
We are a society which refuses to admit that it is a society that lives in ignorance.
We are a society that shots with all audacity and pretends that it carries a different message.
We are a society that loves to claim superiority without having a valid reason.
And pretends that it is an educated society. It is sickening!
Among us, the acceptance of difference is nothing but a cover.
The difference in colour does us harm.
The difference in shape does us harm.
The difference in thinking does us harm.
The difference in religion does us harm.
Even the difference in gender does us harm.
That is why we try to kill any difference in our midst.
We have turned into a lethal poison for each other.
We are a society more stupid than stupidity itself.
Yes, we are a society more stupid that stupidity itself.
We fight over silly things, over delusions, over superstitions
While always refusing to look into the root of the problem.
And none of us is innocent of that. No!
No citizens nor politicians.
No those who find comfort in silence.
Nor those who pretend to be saints.
Nor those who follow the west blindly.
Nor those who pretend to go back to the glory of the caliphate and the slave markets.
And to the amputation of the limbs of those who differ.
Today, let us try to look inside ourselves
Inside the depth of our souls.
Let us try to embrace our souls.
Let us try to embrace our differences with our souls.
Here i am, before you, with my colour, with my hair, with my poetry, with my peculiarities, with my ideas.
I am not afraid of you.
I don’t fear that you’re different from me because i am part of you and you are part of me.
Let us create art. Let us grasp the dream.
So we can erect a culture without stupidity,
So our sophistication becomes the best of caliphates.
Let us melt away the traditions, the classes, the types, the ideas, the colours and the religions.
So we see nothing except the human being.

Mesopotamia Thrived With NO Ruling Elite*

12 American Foods that are Banned in Other Countries*

The Science of Melanin*

No Outsiders to be Allowed to Investigate Burma’s Rohingya Genocide*

Dance of the Heart Rejuvenate your Life with Aloe Vera

The pain you create now is always some form of non acceptance, some form of unconscious resistance to what is.

On the level of thought, the resistance is some form of judgement.

On the emotional level, it is some form of negativity.

The intensity of the pain depends on the degree of resistance to the present moment , and this in turn depends on how strongly you are identified with your mind.

The mind always seeks to deny the Now and to escape from it.

Why does the mind habitually deny or resist the NOW?

Because it cannot function and remain in control without time,which is past and future,so it perceives the timeless Now as threatening.

Time and mind are infact inseparable . 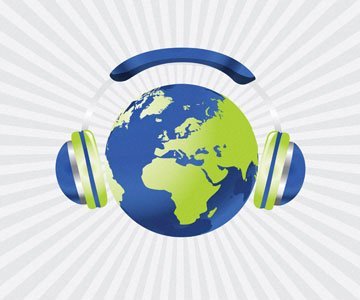 From Robert on San Francisco Judges Dismiss 66,000 Arrest Warrants against the Homeless*

Living on the streets cuts an average of 25 years from a person's life and degrades the quality of life for everyone. Another feature of the homeless population in San Francisco is that many of these people are simply too ill to care for themselves. We're almost half a century into the failure of the social experiment that closed the State Hospitals and no closer to ending the experiment now than when our media first noticed the experiment had failed in the 1980's.

From Chatty on One Corrupt President Ousted*
What do you know, a democratic breath of fresh air SOMEWHERE in the world...amazing. I'm glad the people's voices were heard and the police did their jobs. Fantastic, and I hope South Korea can heal from this and get good leadership.

From Joann on One Corrupt President Ousted*

Such a sorry business, sorry for the South Korean people, and sorry for former President Park Geun-hye (so foolish and weak). But I am very glad truth was revealed, and we may hope for fair punishment, and perhaps rehabilitation, involving prison time. This needs to become a world-wide trend.

From Necltr on World Bank Declares itself Above the Law*
World Bank, World Loan Shark, to use selected politicians and troops to take over every nation and all of humanity

From TheChattyIntrovert on India’s Cashless Villages not Really There Yet, But the Nightmare Has Begun*

I'm too paranoid to believe in a cashless society myself--too much identity theft here in the states, and too damned easy when everything's done electronically.

This is why the ruling elite have nearly eliminated jury trials.
If you didn’t know that your democratic rights to trials by jury had been eliminated for everything but felony charges, see http://americanjurypower.org/home/no_right.php and don’t miss the supreme court case at the link in that article in which 5 so-called conservative, strict constructionist justices found an invisible word in 2 clauses in that quaint old constitution in the ruling elite’s latest effort to convert a justice system designed to be controlled by the people into one controlled by the ruling elite.

From N on Scientists Find Fluoride Causes Hypothyroidism Leading To Depression, Weight Gain, and Worse…*
For ambitious global tyrants, fluoridation is part of a win-win-win-... program; for at least 6.5 billion people it is lose-lose-lose... Lose mental capacity of ourselves and children, lose length of life, lose, free will ... For the Globalists, win a servile, depopulated humanity with no ability to know what is happening to them, let alone a capacity to solve their problems.

From M… on New Report Exposes Rockefeller Dynasty’s Role in “Climate” Scam*
John D., Sr. had a brother, William Avery, with whom he founded Standard Oil and worked until William's death. The families still work cooperatively, like the Rothschilds, but in a smaller way. When you think of petroleum and banking in this country, think Rockefeller. Their man Nixon took us off the gold standard and prevented the silver certificate, replacing precious metals with the petrodollar. Think of global power possibilities with a monopoly of that liquid black gold, especially when accompanied with the fiction of supply limitation held for many decades.

From Neben on The Taino of the Caribbean: the People Who Do Not Exist

I am Taino and Caiqueto, living in Georgia. We must unite here in the continental U.S.

My family are indigenous to "Hispaniola", "Puerto Rico", Aruba and Curacao. I have family members in Florida, New York, and other states.

We do and have always existed. These settlers and colonists need to be told our lives matter.

Even if our African brothers and sisters were brought here, or even travelled here on their own (many did), they became us. Not we became them. When you immigrate you assume the tribal identities and customs of the host nation. These colonialists know this so they lie and say our people no longer exist, and/or say that only mixed people and descendants of black slaves exist in the Caribbean. These are all lies. They have brainwashed people into voiding our birthright and inheritance!!!!

From Chief Pedro Guanikeyu Torres on The Taino of the Caribbean: the People Who Do Not Exist 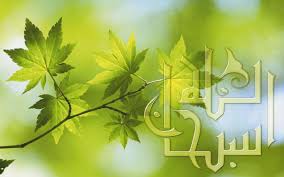 “To be in ‘Islam’ is to be in that state of willingness to surrender, to let go of anything. It is the beginning of the awakening of intelligence . If you’re willing to let go of everything, whatever anxieties, fears, expectations , or desires you have, then your energy is available. Your intelligence sharper. Your actions more successful because you can see whether they relate or not.” – Sheikh Fadhlalla Haeri

The correct date to observe the crescent of Sha'aban is upon sunset of Thursday, the 27th of April 2017.

A Sacred Conversation
Tasting the Sweetness of Prayer and Worship by Unraveling the Secrets Within. Practical steps in improving Khushu’ (Inner Concentration) in Salah and other forms of Worship in Everyday Life.
The greatest month descends upon us very soon, the light of Ramadan is fast appearing! Ustadha YASMIN MOGAHED (USA) delivers this FULL DAY Course for the 1st time ever highlighting and demonstrating Key Practical Steps in improving one’s daily relationship with Allah.
The course will cover:
Life’s Forgotten Purpose: Prayer
Practical Steps in Improving One’s Salah and Khushu (concentration)
Worshipping Allah in Every Day Life
Why are my prayers (Dua) not answered? Steps in getting Duas answered.
Following faith in testing modern times, steps in upholding identity.
Developing a sacred relationship with Allah
Searching for God in Everyday Life
SPECIAL FEATURE FOR THE 1ST TIME:
Exclusive Launch and Live Interview based on Yasmin Mogahed’s NEW Book: Love and Happiness. Purchase the copy & have it signed on the day!
Open Q&A Session
Special Guest Speaker:
Ustadha Yasmin Mogahed (USA) 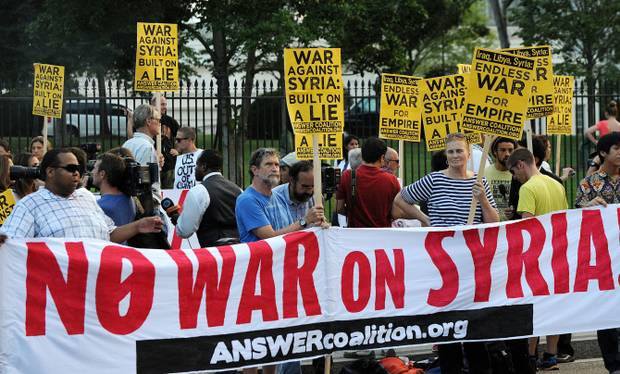 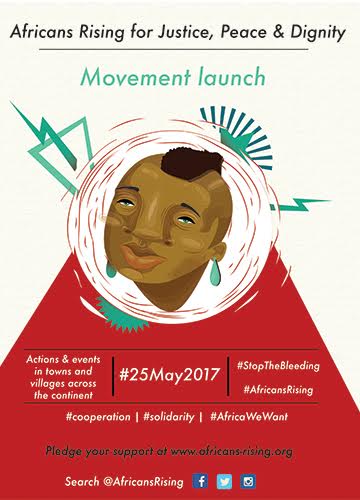